Lessons for Adoptees with Unknown Parentage 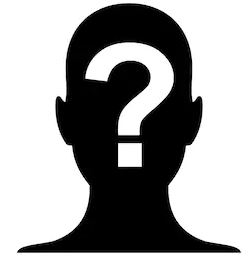 I was sharing the story of finding my birth father with the local DNA interest group I am part of and one of the members suggested I share it with the local genealogical society, so I wanted to write something coherent for not only them, but anyone who wants to understand the strategies that were used in finding my biological father, especially when a “case” does not fit the typical DNA strategy.

The lessons that follow are assuming that the adoptee has their DNA in all of the following already:  Ancestry DNA, 23 and Me, Family Tree DNA, My Heritage and Gedmatch.

When I was first learning genetic genealogy, it was stressed to me that the goal was to find common ancestors amongst two or more DNA matches and then, that would lead one to conclude that if two DNA matches share the common ancestor, then you do to.  Unfortunately, that strategy never worked for me because I have a father who was a very recent immigrant. For years, I never had anything closer than a 4th cousin match with bad trees.  It took seven years doing genetic genealogy for me to get one second cousin match.  This is highly unusual when there are people getting close matches all the time.

As I have said in past discussions on this topic, the first thing you should do when helping an adoptee locate a parent is attempt to order the original birth certificate and the non-identifying information from the adoption agency or court of adoption.  Keep in mind that these documents can be false.  Here are some examples of how they can be false:

*birth mothers sometimes (it’s rare) used aliases on birth certificates (sometimes part of the name is true but the other part is false).

*agencies and mothers created story lines about relationships with fathers, especially when the fathers were married or there was a family scandal of some sort

What this means is not to get too focused in on the story line that the paper trail is presenting.  Some of it is likely true; however, you may have no way of knowing which part until later, as the pieces come together.  The majority of the information in the non-ID related to my father was false and my search team spent many years going down rabbit trails.

Second, pay close attention to surnames.  The strategy my search team used was typing surnames in the “Notes” section of my Ancestry DNA.  I also kept a spreadsheet of my DNA matches along with their surnames and ancestor locations.  Get to know the surnames well.  That way, when you see a surname again in another DNA match, your brain goes, “A-HA!”.  My father’s surname was in my DNA early on and I paid attention to it, but I had nothing else to tie it to because it was not a close match.

Much later, when I got my second cousin match with that same surname, and a month later a third cousin with that same surname, I took note immediately.  Keep in mind I have never connected common ancestors within the trees of these DNA matches because many Peruvian records are either not indexed or otherwise unavailable. Trees of my DNA matches at all DNA sites are sketchy at best and nonexistent at worst, so as you can imagine, the team spent hours and hours building trees.

I still have no birth record for my father and was only able to tie him to my second cousin match by asking a cousin for help. It turned out my second cousin match was a ½ first cousin.  My match shared a grandfather with me but not a grandmother.  Just using records, I may not have been able to figure that out, had I not reached out to a family member. 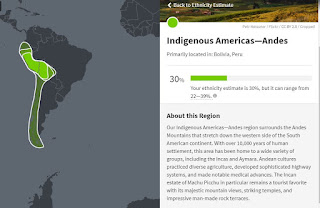 I cannot stress this enough:  YEARBOOKS ARE YOUR FRIEND.  Ancestry has recently uploaded more and more yearbooks.  Keep checking as more are added.  Ultimately, because I had no common ancestors amongst my Peruvian DNA matches, I used surname searches within Ancestry yearbooks in the area of my conception (calculate your estimated conception date using your birth date).   If you don’t know where you were conceived, use your birth/adoption location.  A college yearbook in the location of my conception/birth/adoption using a unique surname in my second matches’ tree is what ultimately led to the discovery of my biological father.

Which brings me to back to something I said about the fantastical stories you may find in adoption agency non-identification. . . Non-ID and family lore can point you to another state or location . . any place away from the original maternal family, conception and birth.  Resist your urge to look in other cities and states from your birth/adoption.  LOCATION, LOCATION, LOCATION (as my friend Gaye says).  Just like in a criminal case, you always look close to home first.  If you know the birth mother was from a particular town, you start there.  Check high school yearbooks, college yearbooks, all within the area of the conception/birth/adoption. 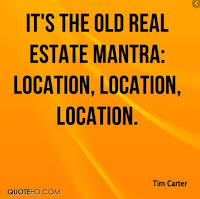 And the final and most important lesson, you can make greater strides when you work as a team.  I have a couple people I do searches with who are fantastic. We all have different strengths and skills and we open up a new Facebook private room and post all of our findings in one location and brainstorm together.  It’s a lot of fun.  We gained a lot of experience trying to solve my mystery because we had to think outside the box.

Note that my search took really great genealogy skills on top of genetic genealogy skills.  This is why a team is helpful.  One of my team members was better at building trees than me.  One had more DNA knowledge than me.  We put our skills together to reach a successful conclusion.

I’m writing a memoir about the search for my father and hope to have it published in 2021.  Feel free to reach out to me privately if you have any questions about my search or your own.