Closed adoption.  Closed adoption historically had a lack of accountability to both adoptees and birth parents.  It was simply expected that an unmarried woman would relinquish her child, no questions asked. Coercion, guilt and shame were heaped upon mothers to persuade them they were inadequate to raise their own children.  Most were ostracized by their own families and places of worship and sent away from home to protect the family image.  Children were then handed over to "appropriate" adoptive parents (think money and status) and a large fee or "donation" was expected.  Adoptive parents told all of their friends in high places where the best agencies were and the cycle repeated.  Lawyers saw the potential of money to be made and some actively engaged in the lying and corruption, sometimes changing mother's names on legal documents.  Churches were also notoriously heavily involved in ruining family's lives through abuses of power.

But Lynn, what about all those beautiful children who found forever-families via a church adoption agency?

I would have no problem with church based child placement if there was accountability to those they served.  Unfortunately, even today, those same church-based adoption agencies are still covering up their past sins to the families they helped separate. A friend recently contacted me and is completely calling off her search for original family because of the nasty way she was treated by a church social services.  She unfairly carries the shame that the closed adoption system placed on her head. 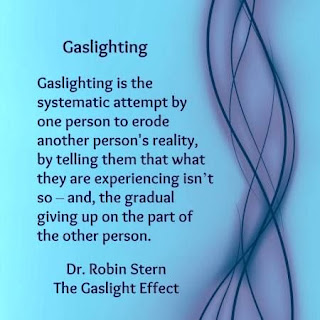 Once mothers relinquished, they were expected to not call or write and to just go on with life as usual.  There was no accountability on the part of the adoption agencies to provide any proof or information that they did what they promised to do---find a loving family for the child.  Mothers were discouraged from asking questions and a shroud of secrecy covered what exactly happened to that child. It amazes me to think that the agencies of the closed era did not have the forethought to provide mothers with updates about their child's progress if for no other reason to give them peace of mind.

The lack of empathy for relinquishing mothers astounds me to this day.  However, there was a good reason for not empathizing with the mothers.  The private agencies existed not as a place to help children, but as a business to make money off of children.  The image was to "help foundlings" but the truth was, greed motivated these agencies.  It was no accident that a socialite founded my adoption agency (She wanted to find a baby for her sister) and it's no accident that Georgia Tann, corrupt baby broker of Tennessee, paid off judges to falsify documents so adoptions of (stolen) children could be finalized.

The adoption agencies then and now still have a lack of accountability, transparency and an abuse of power. As an adoptee, I am still expected to pay money to get just basic facts about my life that my agency is holding for ransom. I was desperate in 2006 and forked over $500.00 just for the chance to find out who my mother was.  There is something really wrong with that picture. 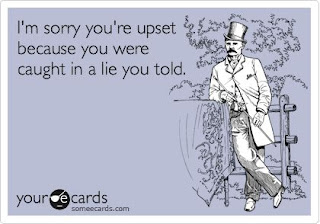 There was very little sense of empathy on the part of the agency that I was destined to grow up without any knowledge of my family and the reasons for my relinquishment.  They believed I was a blank slate because that suited them.  They lied to adoptive parents and told them what they wanted to hear ("Your child is just like a biological child").  I have the baby booklet they gave to my parents and I read it cover to cover.  The level of denial is mind-boggling.

Many birth parents carried a deep shame and had symptoms of PTSD, resulting in a domino affect of pain and secrets that affected their subsequent husbands and children -- and later, the adoptee, in reunion.  These consequences were not of any concern to the adoption agencies.

There were no follow up services by my agency except for one early visit to my parents from the agency.  No thoughts of providing updated medical information or informing my family that post-adoption services even existed (rare, but actually available through my agency). All the cost and responsibility for gathering information about who I was born to and the circumstances of my relinquishment and adoption was placed on me, the still-paying customer.

I marvel at the detailed record my agency kept about my mother when I was recently told by a social worker that their belief in the the closed era was that NOBODY would see that file. Some agencies allowed gifts or letters but notoriously did not pass along the gifts or letters to the birth parent or adoptee.  But who knew?  Lack of accountability--they literally had nobody to answer to.

Closing and sealing files is an abuse of power on the part of government and agencies in order to continue to keep secrets and corruption hidden.  Many adoptees have figured out 50 years later that no adoption ever even took place after being told they were adopted.  Others were never told they were adopted and led to think they were the biological children of their parents.  Lying and secrets was a main staple of closed adoption with a side of magical thinking that everybody in adoption morphs into somebody else:

Narcissism affects many, many adoptees.  I have lost track of how many adoptees have told me their mothers or fathers were unfit to parent any child, let alone pass a  home study to raise other people's children.  But it happened.  All.  The.  Time.

There is a theory in the adoption community (and may be even proven by studies which I don't have at my finger tips) that women who are infertile and do not grieve the loss of potential biological children, are not in the healthiest position to adopt and should not adopt until their infertility is grieved thoroughly.   The reason for this is that any child placed in an infertile parent's home will serve as a replacement for the hoped-for biological child and heaps of unrealistic expectations will be placed on that child, who may look or act nothing like his parents.

Then there is another category of adoptive parents with money, status and a sense of entitlement that believe they deserve children.   There is a huge leap between "I want to parent a child in need" to "I NEED to parent a child for my own ego-driven needs and wants".

It's a terrible way to grow up and you can just turn on your T.V. and see examples of it all over the place.  The reality T.V. shows with stage moms come to mind.  But most narcissistic parents are so secretive that even the neighbors have no idea they are child abusers.  They deserve an academy award for their ability to "play the part" to friends, family, congregants, and of course, adoption agencies.  They usually have friends in high places and many of them paid off doctors and lawyers to get what they want.  It still goes on today as there is a lack of accountability and transparency within private adoption, and now days you can even advertise on Craigslist for a baby.

I especially wonder about doctors who have taken an oath to do no harm who had no problem after being slipped some cash, to place a child in harm's way out of their own greed.  Or the Judge's who signed off on corrupt adoptions to make a few extra bucks.

Recently someone asked me what I thought about the term "Gotcha Day".  I immediately said, "I don't like it."  The person's face became confused.  I added, "It feels objectifying".

What does that mean exactly?

Well the root word is object.  Whenever I hear "Gotcha Day", I picture this kid on a shelf and somebody picking him up and yelling, "Gotcha!".  It's a similar visual when I hear "chosen" as if a bunch of babies were lined up side by side in cribs and a parent decidedly points at one and says, "I'll take him!"

There have been so many times I have felt like a pawn within the adoption system.  On any given day, the following roles are projected on me; however, they do not really speak to who I truly am:

I'm sure you could make your own list -- many of these categories make me feel objectified as if I am not seen for the person that I truly am.   So what does this have to do with narcissism?  Narcissistic people and systems project an unreal idea of who you are on to you based on their own wants and needs. 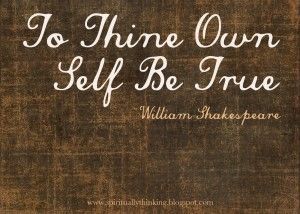 So for example, you are just a regular guy who also happens to be adopted.  You get your original birth certificate in the mail from Vital Stats with your birth mother's name on it.  You decide to start searching for your original family.  You find them.  You open the door and then suddenly, you are bombarded with labels and assumptions placed upon you by the adoption system.  You will have people on all sides of the triad telling you how to feel, how to conduct your relationships, and that you are selfish or ungrateful for just seeking the truth.  You may get yelled at, shamed, or be hung up on or lied to. Your adoptive family may turn their backs on you.  You may be forced to pay lots and lots of money to your agency for information and to DNA testing companies just to learn the truth.

That, my friend, is the fall-out of narcissism and adoption in action.