Should open adoption agreements be enforceable? 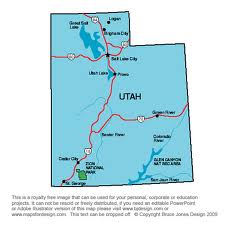 There is a bill that was drafted by Sen. Lyle Hillyard (R. Utah) - SB155 - that would provide a mechanism to make open adoption agreements enforceable.

The intent behind the legislation is to initially effect foster-to-adopt families, but I strongly believe that it should also include private domestic infant adoption.  See article here.

Not surprisingly, the NCFA (National Council for Adoption) is against this legislation. They are the number one opposer of adoptee rights, so it’s not a big stretch to see they don’t care about original families having continued contact with their children.

David Hardy, a past president of the Utah Adoption Council, said there is no consensus on the issue among adoptive parents and he goes on to say:

"There's certainly concern we're cheapening the parental relationship if you have an enforceable agreement.”

Many women who place their children for adoption agree to do so because they were promised an open adoption.  Adoption agencies routinely use this “promise” to ensure placing mothers that they will have continued contact.

Many women make their decision because of these promises and later find out that the adoptive parents have unilaterally closed the adoption, by moving, changing phone numbers or otherwise just disappearing into the sunset.  Currently, there is no legal remedy for original families in this situation.

Many adoptive parents honor the original agreement because they know how important it is to their child’s well-being.

What is the point of a promise if there is no legal remedy to back it up?

It is no different than custody and visitation orders post-divorce.  You either follow the Order or you are in contempt.  One parent doesn't get to unilaterally decide something against the agreement without being held accountable.

The problem as I see it is that those in the adoption industry who benefit the most from it are finally being told that their rights are lopsided.  This isn’t just about rights for original families.  These are the rights of the children to see their families.

My daughter is adopted and her original father is like another uncle to her.  I am not threatened in any way by his involvement and I would never cut him out on a whim. Why?  Because it would hurt my child first and foremost and because I absolutely believe it is her right to see him.  Period.


What kind of example are adoptive parents setting for their child when they agree to allow the original family to have contact and then go back on their word?

If there is truly a danger to the child’s mental or emotional health, you can bring that issue to the Court, mediation or adoption agency.

However, if it’s just your whim that you don’t feel like dealing with “those people” any more . .. you are dead wrong and I hope and pray that other attorneys who work in the system will have the courage and ethics to follow Mr. Hillyard’s example.