Adoptive parenting books should be written by Adult Adoptees 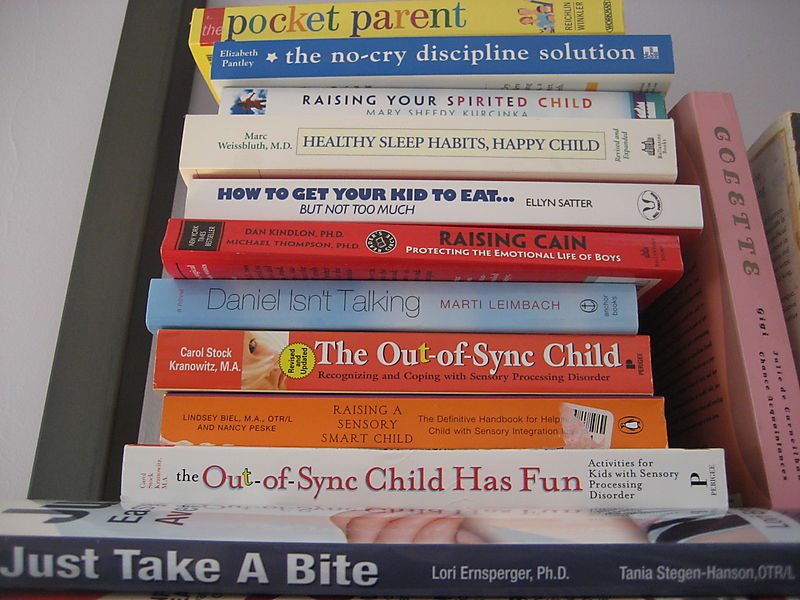 I don’t read adoptive parenting books.  Ever.  When I was raising Matt, I ate up every parenting book I could get my hands on.  The library was my home away from home.  Even though many of the books were very helpful, I knew intuitively how to parent Matt.

There is something about genetics that helps you along.  I can’t put my finger on what it is, exactly, but I believe it has something to do with seeing yourself reflected back in your child.  Knowing that child is a miniature version of you and his father with a twist.

I didn’t consciously think about these things when I was raising Matt, but to know him now as an adult, I can see so much of his dad and I in him.  He has his own very different opinions many times and he is his own person, but there is an inherent acceptance of who he is, because we have no fear that we know he came from us, that he will (hopefully) have kids and continue the genes downward and they will continue for generations to come.  This is the natural order of things and as we see in adoption, when we upset the natural order, things can go awry.

One of the things that has gone awry in adoption are the so called experts on adoption who are not adopted.  They believe they are experts because they have some special letters behind their names.  I’ve heard from professionals who counsel for a living admit that they had zero adoption therapy training.  I know it is next to impossible in my area of the country to find a therapist who specializes in adoption. I couldn’t find one.  In fact, the really good therapist I used at one time never even mentioned adoption as one of my core issues.

I remember speaking with an “adoption social worker” at one of my CASA trainings. I asked her what one has to do to be qualified in adoption and work in social work.  She told me I would need a masters in social work and get licensed.   Really?  That’s it?  Take a few classes and poof! You know what it’s like for all of the adoptees in the world?  I almost laughed in her face. And after all that hard work, I get to go by the social work model of adoption and listen to other people in foster parenting/adoption training tell people how they should parent adopted kids when their only resource is case studies or stories from other adoptive parents in their support group.

The experts of the 60s told my parents that we would be just like a biological family. All their adoptive parent friends just went with the program like them (and wondered why they had untold numbers of adopted kids dealing with addictions and other acting out behavior in adolescence and adulthood). The experts didn’t prepare them for an outspoken, questioning child who wasn’t satisfied with their tale of adoption.   The experts forgot to mention that teeny, tiny, little thing called trauma that their child likely had endured.

The experts failed to explain that importance of genetic mirroring and how it would be absent in the adoptive family and how adoption is always the middle of the story – not the beginning.  The beginning has tales of loss:  abandonment, sorrow.  The social workers only wanted to keep the story light and happy.

I write my own adoptive parenting manual these days.  It started with this:

"once upon a time there were two people who met."

A journal packed full of pictures and documents sits in the top of my daughter’s closet.  The journal explains the beginnings of my daughter’s existence.  The two people who were responsible for creating her.  Pictures of those people.  Explanations of how we came to be her parents.  Details, details, details.  Maybe more details than she will want (doubtful), but as many as I can provide.  I am fortunate that I was there for the pregnancy, the birth and my husband and son are her birth family.  I am also not naive enough to think just because she is within her birth family, that she will never have adoption issues.

She will have genetic mirroring.  But even if she could not have the genetic mirroring, I would still provide that for her, if it was within my power.  She has a relatively new relationship with her birth father as he has courageously stepped into her life with his fantastic wife.  Our daughter looks exactly like him and I spend a lot of time discussing their similar physical traits and showing her pictures of his mother who also looks just like her.

The story of my daughter’s beginnings, with her prompting, has been told and re-told countless times and will continue to be told until it becomes part of who she is.   Validating her beginnings is being honest.  Her story didn’t begin with. . .