How does your mother feel about you searching? 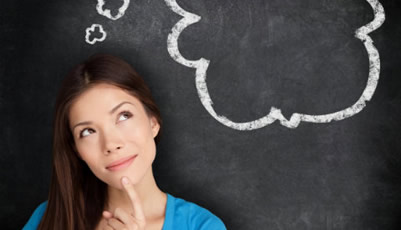 One of the extra fun bonuses about being adopted (and especially for those of us who speak out about it), is that other people (mostly non-adopted) believe they have the right to ask silly questions such as "how does your mother feel about you searching"? (referring to my adoptive mother).

Within some of these questions are hidden meanings such as "you should feel guilty" or "how could you be disloyal to your mother like that?" among other messages that give me a headache to even contemplate.

I have no idea.

She has never directly told me how she feels about it.

She has said this:

It took her seven years post-reunion, for my mother to admit this to me.  This is a touchy, sensitive topic between my mother and me.  It was so difficult for me to tell my mother when I found my birth mother, that my husband actually broke the news to her, because I could not.  Why?

The loyalty/guilt factor becomes so overwhelming during the search.  In hindsight, I can easily say I had every right to search, but during the actual search, I was still unable to completely own that it was my right to know where I came from and that my mom's feelings were her responsibility -- not mine.  I felt I was doing something wrong against my mother -- like, my searching somehow meant I didn't love her enough.  That in some way she was inadequate as a mother because I needed to find my first mother.  That somehow this was a personal attack on her motherhood and who she was as a woman.

I sense the non-adopted believe these assumptions as well.

"There must have been something wrong in that family if she needed to search".

"That adoption must not have gone very well".

These are false assumptions.  I can tell you my adoption went very well. I had a wonderful childhood.  Did we have problems?  Yes, absolutely.  The problem was not the adoption per se.  The problem was the "secrets" surrounding my adoption and my lack of understanding as a child about where I came from. There was not open communication within my adoptive family (like many families) about our feelings.  I have since tried to cure myself of this, and can freely say I am in touch with my own feelings (some days I wish I could turn them off!) but I can't say my other family members are at this same place.

When people ask questions to adoptees about somebody else's feelings (their mother's), it is just one more way to take away power from the adopted person.  Trust me, most adoptees felt powerless at some point in their lives --at a minimum because they had no say in what happened to them as children  -- and then after they've pulled themselves up by their boot straps, taken risks, spent money and faced their fears, why are they then expected to explain somebody else's feelings about this monumental thing they just did?

How do you (adoptee) feel about searching?

How do I currently feel about searching?  I feel frustrated, annoyed, angry, sick and tired, and in disbelief that people still think it's o.k. to hide my personal information from me.

How did I feel before I embarked on the search for my birth mother?

I have talked to many adoptees who have already written the book before they even started their search.
They fear that their birth mother didn't love them because she hasn't found them yet.  They fear that there is some horrible secret that is better left buried.  They don't believe they can actually handle the truth.  They don't believe they are entitled to the truth.  They have bought into the myths that something must be wrong with the family they grew up in if they search.  And something must be wrong with them for not being satisfied with the family who raised them.

My adoptive mother bought into these same myths when during my search she said,

"Your birth mother must not want to know you if she hasn't searched for you."

Her assumption turned out to be untrue.  I have explained to her that when my name changed, that information was sealed from my birth mother as well.  My adoptive mother's fear that my birth mom would show up on her doorstep was  unfounded.

However, her fear that I would one day want to know the woman who bore me did come true.

How does she feel about that?

You'll have to ask her.