Adoptee Rage and a Mother's Love 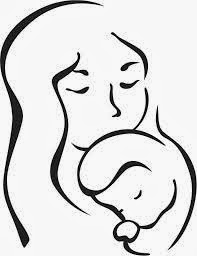 I wanted to blog on the first day of the year but I just didn't have any good material -- so I spent the day gathering material for today's blog, unbeknownst to me, by catching up with one of my oldest, friend's, Bonnie*.   We went to the movies (We saw Gravity in 3D--highly recommend it) and did a little shopping at J.C. Penny.  (truth be told, she shopped for me, because clearly I am shopping-impaired).

We had a great time -- afterwards, sitting in her car, catching up on everything from husbands, jobs, teenagers, etc.  We went deep into the conversation when the subject of her mother's recent passing came up.  We both cried together as my friend described the enormity of wrapping her brain around the fact that she will never see her mother again in this life.  I was there for the Memorial Service and I have never been the same since.  I cried a river of tears as we all passed around the Kleenex box while one family member after another stood up to give testimony to Grandma's life and quirky personality -- always saying the funniest things and being so dearly missed by her family.  Grandma didn't want a stuffy service -- just wanted everyone to enjoy ice cream -- her favorite -- as she was slowly losing her ability to breath in the end days.  She wanted others to enjoy ice cream at her service and enjoy it we did!

This Memorial Service changed me forever.  I had never experienced anything like it.  In my family, death is more of a stoic occasion.  We might tell a funny story, but nobody sits around crying!  The raw emotion and love i felt during that service was palpable and unforgettable.  I was still crying the next morning when I woke up and relived it in my mind.

As fate would have it, this old-dear friend is also an original mother.  Bonnie placed her daughter for adoption when she was a junior in high school.  At that time, her adoption agency was a little more progressive than most and allowed her and the family to write letters for her daughter Karen* to later have and read if Karen, as an adult adoptee, inquired about her original family.  The agency also passed along a gift that Bonnie had wanted Karen to have.  Karen had the letters and the gift in her possession at the time Bonnie found her several years ago.

Bonnie is estranged from her daughter Karen as this "reunion" didn't really get off the ground. Bonnie was able to find Karen through a search angel and Karen was in her mid-20s getting ready to graduate from college and planning her wedding.  Karen was not in the least happy to be found; in fact, I think it is fair to say she was irate.  I would also say I have never heard of an adoptee who had this much rage and anger directed toward her original mother for no obvious reason. Karen felt that since Bonnie's family gave her away, they had no right to locate her and expect anything from her. Karen also refused to accept that Bonnie loved her.

At the time this almost-reunion went down, I would listen to Bonnie's stories of exchanged emails and something just was off -- I couldn't put my finger on it.  At one point Karen agreed to allow Bonnie to see her, but not to meet her.  There was a public event that Karen invited Bonnie to but instructed her not to come up to her family and talk to her.  I felt the humiliation that my friend Bonnie must have also felt by being invited but not really invited.  Bonnie still attended with Grandma and one of her other daughters.  I am sure seeing Karen live and in person was bittersweet for Bonnie and Grandma. Especially because Grandma was never in favor of Karen being placed for adoption all those years ago.

Bonnie then described to me that recently she was feeling at peace with knowing that Karen had a good life and that the visual scanning and searching that had gone on for most of her adult life had finally stopped. The agony of wondering what happened to her daughter was no longer an issue.  Her daughter had a good life with a wonderful loving family and for Bonnie, that was enough.  I sat in awe as Bonnie explained this to me.  I was feeling so proud of Bonnie for being the loving person that she was -- for taking the risk of reaching out to her daughter, even in the face of rejection.

Then Bonnie described a recent exchange between one of her other daughters and Karen via Facebook that was not the least bit sympathetic to Bonnie's "kept" daughter when learning of Grandma's passing.  No condolences -- just anger and rudeness at the information being provided. Bonnie seemed to believe that this was just more proof that Karen wanted nothing to do with her because she had such a good life (even though she was obviously angry at Grandma).

The adoptee rage had reared its ugly head.

I went against my normal way of being (not bringing up adoptee issues so as not to trigger my friend or others) and explained to my friend about adoptee rage.

The adoptee rage is powerful but many times it is not acknowledged by the adoptee her/himself.  I explained that the adoptee rage stems from a place deep inside our baby-hearts where we can access emotional memories of being given away/abandoned/placed/relinquished.  (We don't care what you call it -- we know it as one thing: pain and fear.)  Control is another factor in this rage.  We didn't have any control as a baby.  The adults all around us made decisions for the rest of our lives and we didn't have a say in any of it. Karen clearly felt like control was taken away from her by being "found" by Bonnie. Apparently the mere mention of Grandma's death also took away Karen's sense of control.

I felt the adoptee rage when hearing my friend's story.  My own Grandmother was one of the driving forces behind my relinquishment  (I suspect Karen erroneously believes that her Grandma was too).  I explained to Bonnie that you can't just switch mothers and have no consequences to a child.  Bonnie seemed confused because she is one of many people who have no interest in genealogy and has never tried to get information about her own biological father.

I gently explained that she had her original mother -- the woman who birthed her and who she is now deeply grieving the loss of.  Karen did not get to grow up with her own mother.  And no matter how wonderful the replacement parents -- there is still pain deep inside for the loss of that mother-child bond.

I told her about my own adoptee rage -- how it is still slowly burning underneath my friendly, personable demeanor and certain things can trigger it on a dime.  Like when my original mother forgets my birthday.

My friend sat quietly taking all this in.

I told Bonnie that it wasn't her fault that Karen treated her poorly.  Nobody expects a teenager to understand all the ramifications of relinquishing a child.  Bonnie's heart was in the right place.  She wanted a better life for Karen and Karen had one -- but a better life does not replace a grieving heart.

I reassured her that one of these days after the birth of Karen's first child or the death of her other mother, a realization will finally set in -- the fog will lift, maybe only briefly, and Karen will understand that the bond between mother and child is both mysterious and unbreakable.  She will finally understand the enduring love that Bonnie has had for Karen her entire life.

*not their real names