Barriers to Adoptees getting Medical History and Proper Medical Treatment

- September 12, 2015
To help focus attention on the importance of family history, the Surgeon General, in cooperation with other agencies with the U.S. Department of Health and Human Services, has launched a national public health campaign, called the Surgeon General's Family History Initiative, to encourage all American families to learn more about their family health history. -- Surgeon General 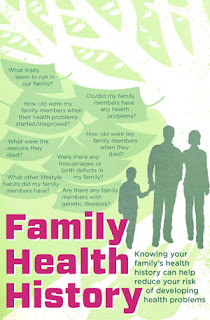 This is a topic that has been renewed for me as I was recently interviewed by a news reporter. She genuinely wanted to understand how she could engage her readers in understanding how adoptees could get their medical history and records.  Today I want to discuss the barriers to achieving this.

The best way to determine what diseases and conditions run in your family is to speak to your family members.  That seems obvious to most people; however, adopted people in the U.S. may not have that luxury.  Why you ask?

All states in the U.S. amend and seal (with the exception of 2 states that do not seal) adopted people’s original birth certificates – without a mother’s name, adoptees cannot access their birth families nor the health history of their ancestors. This is true even for “open” adoption and stepparent adoption.

Adoption agencies routinely deny adopted people any knowledge of their early lives.  Many of us were in foster care before placed with our families and the people we stayed with are unknown to us (due to the closed adoption files), so we cannot ask our family members including foster families (as we don’t know who they are) about our early narrative or our medical issues as a baby.

A minority of U.S. states have opened birth certificates to U.S. adoptees; however, that is only upon adulthood.  Parents need a medical history of their child at the time the child is growing up in order to best treat and determine courses of action for that child's best interests.

If you do not know who your biological family is, you cannot speak to them to gather an oral history of what diseases run in the family and what symptoms to look out for.  Even if you know your biological mother, many adoptees have no knowledge of who their fathers are, so half of their medical history is missing.

Most adoptees have nobody to ask about their birth and the circumstances surrounding it. It’s a classified and highly guarded secret by adoption agencies and adoption attorneys (who cannot release anything due to attorney/client privilege).

This is all easily accessible by the general population living in a biological family.


"It's confusing, disheartening and people who possess their medical information hold in their hands something that I would liken to gold."  -- Julie G., adoptee

Adoption files in the U.S. are confidential and protected by law from adoptees and adoptive parents (even in “open” adoption) which means that even if social workers collect accurate medical history, there is no guarantee that information will be passed on to adoptive families.  Incorrect information or more often, important facts about a child’s health history, (mental illness, addiction, etc. running in family) may not get communicated to the adoptive parents.  Everything rests on the information being communicated from birth families via the social worker to adoptive families.

Not all U.S. adoptions are arranged by an adoption agency, where trained social workers can ask the right questions.  If a family uses a private attorney, it will be up to the families to work out the details together. Families of children adopted internationally, more times than not, have no family history to work with.

Some adoptees will try to order their mother’s hospital records (in relation to their births), but most hospitals will not release them or give a story that they “were lost in a fire or a flood”. (this is a running joke in the adoptee community).  With HIPPA, this has become more difficult.  Obviously, you have to know your mother’s name to access public records.

Other adoptees, once they are either in reunion, or have found their birth parents deceased, will ask family members for a health history (the most reliable way to access health history) or if there is nobody to ask, will order death certificates to learn causes of death or research on Ancestry.com to learn their ancestors’ age and cause of death.

Adoption agencies are complicit in this problem for NOT passing along future health updates to the parties of the adoptions they arranged or revealing histories that may cause an adoptive parent to potentially not want to adopt. 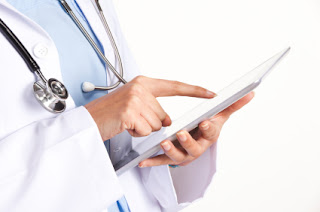 Genetic testing is very expensive and out of reach for most people.  Family history is the best indicator of how to prevent, treat or predict serious disease in families.  Adoptees are at a disadvantage every time they make a trip to the doctor’s office.  The first question asked is, “What is your family history?”  Most of us have to write, “UNKNOWN”.

This makes it difficult for our doctors to make a  preventative treatment plan.  In addition, many of us have spent a lot of extra money on tests because we do NOT know if a particular disease runs in our family.  I have spoken to adoptees who were refused inclusion in health studies and refused medication because of their lack of access to medical history.

Alcoholism, bipolar disorder, melanoma, seizures, diabetes, etc. can appear in family members of the adoptee all without their knowledge and ability to prevent and protect themselves with screening or lifestyle changes.


"Being adopted generally results in extra procedures and expensive and extensive testing outside wellness checks, in addition to missing or minimizing symptoms." -- Leanne Parsons, adoptee


4.  Inability to protect our children and future descendants

If we ourselves cannot access our own medical history, then how are we supposed to protect those whom we love?  During pregnancy, many adoptees are terrified that they may pass down an unknown genetic disorder to their children.  I remember being scared to death every time I opened my copy of "What to Expect When You Are Expecting" during my pregnancy with my son, Matt.

It's truly a crapshoot and we feel helpless to protect those whose lives depend on our knowledge.

"Q: You already know you have the condition. How will family medical history help?

A: In some cases, treatment will depend on whether you have the inherited type or the non-inherited type. There may not be an identified marker so DNA testing won't help. This is Carol Barbieri's story when her son was diagnosed with Wolf-Parkinson-White syndrome."

In a Dayton Daily News article, Steve Kelly speaks of the barriers he went through in attempting to help his daughter after the loss of his first child.


"Shaken by the stillbirth of his daughter Cecilia, Steve Kelly asked a court to release his birth records to help determine whether he had a genetic condition that caused his wife Jennifer’s first pregnancy to end at 21 weeks. After a second daughter began having seizures at age six months, Kelly again sought the court’s intervention.Again, a Montgomery County Probate Court judge denied his request, saying state law restricted Kelly, who was adopted in 1975, from viewing his birth and adoption records. Kelly told lawmakers he and his wife met with genetic counselors after Cecilia was stillborn.

Kelly then took his frustration to the Ohio Statehouse, where he testified in 2013 before a Senate committee on a bill that Ohio Gov. John Kasich would sign that December, making Ohio one of 12 states to open all birth certificates to adoptees. 'Unfortunately, every response that I gave resulted in a giant question mark being placed next to my name,' he said. 'That was not only humiliating, but extremely frustrating, as I felt that I had potentially betrayed my own daughter and had maybe been a contributing factor to her terminal genetic disorder.'"Cecilia died of a chromosomal abnormality known as Turner syndrome. Following the testimony of Kelly and others exasperated that the state had put off-limits the most elemental information about their lives — ethnicity, ancestry and medical history — the Ohio General Assembly cracked the embargo preventing about 400,000 adoptees from accessing their birth records."

Each year since 2004, the Surgeon General has declared Thanksgiving to be National Family History Day. Over the holiday or at other times when families gather, the Surgeon General encourages Americans to talk about, and to write down, the health problems that seem to run in their family. Learning about their family's health history may help ensure a longer, healthier future together.