I am a Living Legacy to the Leader of the Band

When you grow up in a closed adoption, there can be some unique psychology.  One common trait of those of us raised without any knowledge of where we came from is we can sometimes fantasize about our birth parents growing up.  One common fantasy is that one or both of our birth parents are famous.  Well, a friend of mine recently discovered she had a famous biological father through second cousin matches in several DNA databases.   Her name is Sophi Richman Fletcher and she has been looking for answers to who her mystery daddy is for many years.  We have commiserated together in our searches and I am so pleased for her that she now has answers.  Her story was posted in my private Facebook search room and I'm sharing it here with permission:

"Greetings, fellow Who's Lynn's Daddy Searchers and Support Team:  I'm another adoptee who has been searching for the identity of my bio dad for a number of years (after some really false leads/assumptions...enter DNA...) A week ago yesterday, I opened my email to see a notice from FTDNA about a new match.

When my hands stopped shaking long enough to get logged in to the site, there was the result I had been hoping for that would wrap up this whole deal!! On Dec. 30, 2018, I finally knew the name of my father!!

So, at Lynn's request, I will try to boil this down to the pertinent info, in hopes that it may be of use to someone here.

I took my first DNA test about 6 years ago now. It told me that I was nearly half Ashkenazi Jew, and none of that came from my birthmother. (I did mtDNA at the time as well, just to help me sort out the parents, if that were needed). Quick note on her, she will be 90 in about 3 weeks, I've never met her, I'm the youngest of (at least) 5 (4 boys older than me that she kept), and she has refused to divulge anything helpful or say a kind word.

However, oddly enough, my adoptive mother worked at the medical clinic where my birthmother was a patient, which is how my "availability" became known. The two never met, as far as we know. My birthmother told the doctor that my father was "not a stranger" and described him as a "tall, blonde-haired, blue-eyed German."

That was what we (my search angels and I) had to work with, along with the new fact that he was not German, but Jewish.

Before I had a clue about DNA and matches and the numbers, not to mention endogamy in the Jewish community (oy vey!) I began to message people who seemed to be in the 2nd-4th cousin range in hopes of a clue. The big issue was, no matter how close we got, my matches were from back east, and I was born in Bakersfield, CA. So where did a Jewish guy with roots in PA and OH come into the picture?

Here's how the pieces started to fall into place:

This young man sent me a friend request (that was unexpected) and spent several hours of his time while away on a trip (Mexico, maybe?) messaging me, calling his mother, etc, after I mentioned my Hamovitz match over on ancestry-- he said "My grandmother was a Hamovitz"!

This was maybe 2 years ago? It at least gave us a place to start, and figuring out who my great-grandparents were, based on these 2nd cousin matches, wasn't too hard!!

But...they had 6 children that we knew of, and we had to slowly work our way back to *me* by way of each child and their offspring. A major process of elimination ensued.

We looked at Sara, 1st and 2nd marriage, kids; her sister Ethel and her kids, their brother Joseph and his kids, etc etc, and my search angel was able to find 4th cousin matches to me who were 1st cousin matches to each other (on ancestry) just to further support us going in the right direction. (Don't ask me what that means, but it was significant to her, lol)

We had some struggles along the way, as we got down to "the guy" we thought could be the one--after all, his line of the family ended up in Southern CA!

We were unable to make contact with him, his brother was kind of a jerk, said it wasn't his deal, not interested, not going to help...finally we made contact with The Guy's daughter-in-law because she worked for a travel agency so we were able to find her on FB! She couldn't get her husband (my potential 1/2 bro) to test, but she agreed to test their son, and he came back as such a distant match that we knew we had to move on.

As more people tested in the next year or so, it really helped us to eliminate all of the lines, but one. It seemed no one had tested on the younger sister, Lena's line. Since everyone else came back as 2nd cousins to me, we figured, this has to be it.

We looked at Lena and her husband's 3 children. One was born in 1916, and was into swing band music. His name was Milton "Ace" Richman (Ace is in the black suit in video above). He then moved into gospel and western music on the radio with a band he called the Sunshine Boys, and they also appeared in a number of old western movies, shot in Hollywood.

A military draft card revealed that he was 6'3 (I've also seen him described as 6'5!!), with blonde hair and blue eyes. BINGO....
As we looked into the band a bit more, we pondered whether or not they might have toured, all the way to the west coast...

As a matter of fact, they did!! BUT--was it at "the right time" for me to have been conceived??? Finding that all-important date was another series of hurdles, as newspapers are on microfiche in the library, and no one is willing to do look-ups anymore, even for money!!
:/
When we googled The Sunshine Boys and California, a letter to the editor came up from June of 1960 in the Bakersfield Californian, making reference to the locals having to drive an hour north to Porterville for a show with the Sunshine Boys, because there wasn't a decent venue in Bakersfield at the time! Porterville had recently completed a beautiful, big public auditorium beside the high school.

This letter caused much excitement to us searchers, because we knew we were getting close. I was born in Feb. 1961 and was told I was induced 2 weeks early, so my conception had to be back in May 1960...but how to find the date of that show?!?

As it turns out, when I was a kid, my folks moved us to Porterville from San Francisco, after moving up there from Bakersfield when I was a year old. I have been to events in that auditorium myself. I still have a friend living in Porterville, who I reconnected with a few years ago, again, thanks to FB.
She was willing to be the Boots on the Ground, went to the library, and sent me a screenshot of the ad in the paper for the Sunshine Boys and their 4 hour gospel show (featuring other local groups) on Sat. night, MAY 21st, 1960. BOOM!!!

Woohoo!!! But wait... I still wanted more proof. My birthmother is a stinker, and she would refuse to acknowledge or admit to anything as vague as an old newspaper clipping. The search continued to find a close relative of Ace's willing to test. We discovered he had adopted 2 girls, so no help there. (Adoptee scorn, lol) He had a brother and sister who settled in Georgia as well (where he ended up due to the music biz in the 1940s) so attempts were made to contact one of their offspring.

By this time I was in contact with one of the many Hamovitz 2nd cousin matches, who is kind of the family genealogist; she was very kind and helpful, although she didn't know much, if anything, about this line either. She contacted a niece, I believe, who was quite put out at the very idea of taking a DNA test, when Ace has been gone these many years... (My thought was, "She doth protest too much" and I wonder if her mother/Ace's sister-in-law and Ace had a "thing"...??)

Finally, one of my search angels found a nephew and resorted to sending a certified letter to make contact. I had just ordered a DNA kit on Black Friday "just in case" and within the space of a week, he had called my search angel, said the picture of me that she sent looked like "me with a beard," said their favorite show is Long Lost Family, agreed to test, spoke to me as well, and then 4 days later, emailed my search angel to tell her that "we are very private people and after I test, we'd like no further contact."
SMH. WhatEVer...At least he did the test, and on Dec. 30, 2018, I got the news all of us daddy-seekers live for-- The nephew who tested came back as my 1st cousin, and that was all the proof we needed that Ace Richman was my father!

It was surreal, but empowering to change how my name appears here on FB. One day I will legally change it, but for now...I'm good.

My birthmother probably doesn't know that I know, at long last...but she will soon enough. After all, she should get flowers for her birthday, right? The card will simply read, "From Ace Richman's daughter" :D
:D :
Never give up! Now back to Lynn . . . ."

What lessons have we learned from Sophi's story?

1. Never give up!  Although not highlighted in this blog, Sophi’s search story began years ago.  You can read about it under the essay, “Better than Nothing" in The Adoptee Survival Guide.
2     2. DNA databases are growing and new matches are coming in all the time.  Ancestry is up to 10 million testers.  Finding Your Roots highlighted Andy Samberg, this week, whose 71-year old mother is a New York closed era adoptee.  Through old-fashioned sluething and DNA testing, Andy's grandparents were identified. That episode can be found here.
3    3.  Many times we will find graves in our search, and that was the case for Sophi.  Fortunately for her, her father was well-known and there is much in books and on the internet about him. For those of us without famous biological relatives, information may be in shorter supply, so it's important to develop positive relationships with bio family members if you want to understand your deceased relatives' history.
4    4.  Life is certainly full of surprises.  You just never know what you will find at the other end of your search!

Congratulations to Sophi on a successful conclusion to the mystery of her father!

I was recently chatting with Jennifer Ghosten, podcaster over at Once Upon a Time in Adopteeland and she mentioned something that has bee... 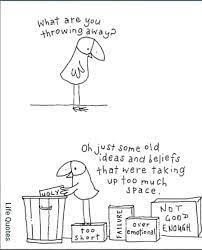