Why Test Your Child's DNA? 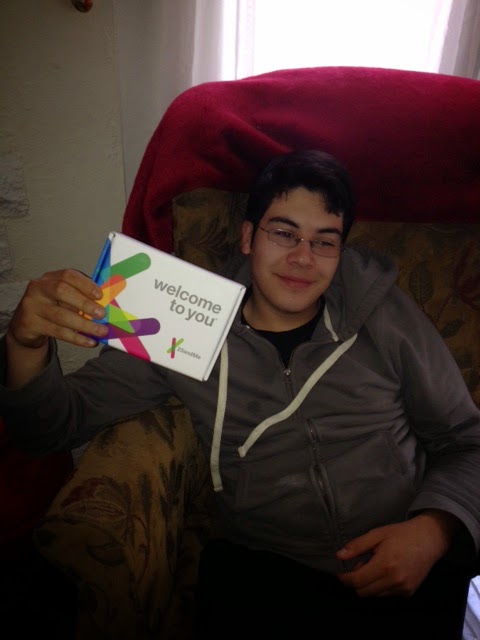 My son, Matt, posing in this picture, is 20 years old and until last year was unaware of any ethnicity on my side of the family.  As we sat together for Easter dinner, Matt's girlfriend was joking about how when she first saw Matt, she thought he was Asian.  Her whole family thought he was Asian as well.

Which then led me to remember that when Matt and I used to work together, many of our co-workers thought Matt was Latino.  I guess as my son, he inherited my Generic Ethnic look (poor kid).  He was almost as excited as I was last year to get my DNA results.

After Easter dinner, Matt waited the prescribed 30 minutes and spit into the tube provided by 23 and Me.  I registered Matt's DNA kit and then shipped it off yesterday to await the results (23 and Me states it should take 3 to 4 weeks).

My research goals in testing Matt's DNA are as follows:

1.  To find my biological father's family (Matt's grandfather's family)
2.  To confirm Matt's ethnicity, my own and my husband's through Matt's DNA
3.   To be able to phase Matt's DNA

Genetic genealogy is the latest trend to confirm family pedigrees or break through walls where the paper trail gets iffy.  Richard Hill, author of Finding Family, speaking to adoptees and others with unknown origins in Adoption Reunion in the Social Media Age, states,


"If your biological family had a few generations of American roots, you will almost certainly discover previously unknown cousins from your biological family tree.  From this new information, you can inch your way down the branches of that tree and finally have a chance of identifying birth parents and siblings."

I only recently learned that by testing my biological son's DNA, that his DNA could then be phased.

"Phasing is the process of trying to determine which DNA came from the mother, and which came from the father.  The term is usually applied to types of DNA that recombine, such as autosomal DNA or the X-chromosome.  The benefit of phasing is being able to identify which ancestor a segment was inherited from"


Chris Baer, adoptive father who was interviewed for this article in the The Washington Times, explains why he decided to DNA test his minor son:

"My son, adopted as a baby from a rural orphanage in central Vietnam, was given no information whatsoever about his birth parents, or even his ethnicity. Were his birth parents tall? Short? Musical? Athletic? Were they even Vietnamese? (After all, he did look a little Caucasian as a baby.)

Locating his birth family is a daunting and very likely impossible task, but there is another option: DNA testing.

Some inexpensive genetic tools have matured in the past two or three years which will help answer some basic questions every adoptee and his family asks. A cheek swab can now yield volumes of accurate information about one’s heritage and health history. While it won’t provide all the answers, it can begin to close the knowledge gap between adoptees and those of us who know our birth parents."


As a family, we are excited to get Matt's DNA results as my husband, Mark's, side of the family has only family legends as to their family background.  As an adoptee, I actually have a paper trail on my maternal side; whereas my husband does not.  This is not uncommon for people whose families have lived in the U.S. for generations.

Mark's family legends consist of Irish, English, American Indian and German.  We will soon find out!

For more information on which test might be right for you or your child, go to Richard Hill's DNA Testing Advisor.

April 25, 2014 is National DNA Day -- I have heard that the major DNA testing companies will be having great sales on that day!

Closed Adoption as a Form of Emotional Neglect 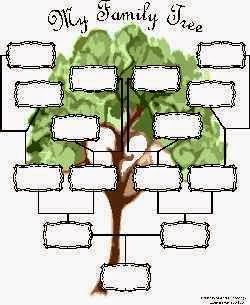 *Note:  This blog has been edited from its original version as it was mistakenly published in draft

After working in child welfare for many years, I have been educated on abuse and neglect of children. Growing up in an almost idyllic area of town with all my material needs provided for, the thought had never occurred to me when I was growing up that I had been emotionally neglected. For a long time, I thought I had the perfect family. . ..until I no longer did.

I have always had a heart for children. I was a former Court-Appointed Special Advocate (CASA/GAL) for many years as a volunteer.  This position allowed me to hone my investigative and writing skills, through interviews with children and their families and write recommendations to the Judge on the case.  I became very familiar with the definitions of both abuse and neglect through working for both a custody attorney and handling my own cases through my volunteer work.

During the training I was required to receive, I learned about dysfunctional families, how they cope, how they form protective denial, and what "roles" are assigned to different family members.  My role in my family was "Hero" (the one who made the family look good) . I was the child who never did any wrong, who did everything that was expected of her.  My brother, in contrast, was the "scapegoat" (the one who made the family look bad).  He spent many of his teenage years getting into trouble and driving my parents crazy. (Note:  He's a great guy and upstanding citizen now)

Contrary to popular understanding, the scapegoat (the trouble maker) is actually the healthiest member of the family unit because they have a better understanding of what is "really" going on within the family.

I attribute my own family's dysfunction, in part, to the elephant in the room (mine and my brother's "unknown past").  We were placed in a situation where we were expected to deny who we really were and to  go along with the program. Whenever there is a family secret, you can expect the family to become dysfunctional on some level.   My parents lacked the proper education, training and understanding of the importance of an adopted child's emotional needs.

Here is a working definition of emotional neglect:

"Emotional neglect occurs when a parent purposefully or ignorantly overlooks the signs that a child needs comfort or attention and includes withholding love, rejecting a child, and ignoring a child’s emotional needs.

Emotional neglect is a serious problem and has long term effects. This form of abuse has been found to inhibit a child’s emotional and physical growth. There can be many causes for emotional neglect. However, emotional neglect of a child can be prevented by increasing parents’ understanding of their children’s developmental and emotional needs." (Source:  USLegal.com)

Emotional neglect is a form of child abuse.  My premise is that Closed Adoption is a form of both emotional neglect and abuse. Now before you go all "Hell NO" on me, hear me out.   Let me also preface it by saying that any adoptive parent currently parenting a child within closed adoption is not doing anything wrong just because they ignorantly chose a closed adoption. (Those of you who purposely did, is a blog for another day).

I am only saying that "closed adoption is emotionally abusive and neglectful to children". If the children within closed adoption have healthy parents, with healthy attitudes about adoption, then their child has the best possible situation to deal with any post-adoption issues that may arise later in life. This blog's purpose is not to crucify adoptive parents, only to educate.

All people have an emotional need to know where they come from. (Re-read this sentence 5 more times)

Closed adoption stunts this need in some and compounds this need in others.  You see this in the adoptees who "don't need to know anything about their past" and then you see the adoptees who are searching/DNA enthusiasts/Ancestry-lovers like myself.  I am trying to balance a happy medium with my own daughter. She is growing up with knowledge of her original parents and opportunities for relationships with them.

Make no mistake, knowing where you come from is an emotional need, just as strong as knowing you are loved, understood and that you belong in a family.

Closed adoption withholds a child's valid need to know the people, places and social constructs that led to the child being in this particular family.  Not being able to see your relatives faces, know their inherited gifts and traits, or have access to your bloodline (tribe, ancestors, etc) is a form of emotional neglect. It is a little-recognized form of  child  abuse, plain and simple, whether knowing, unknowing, purposeful or not purposeful. 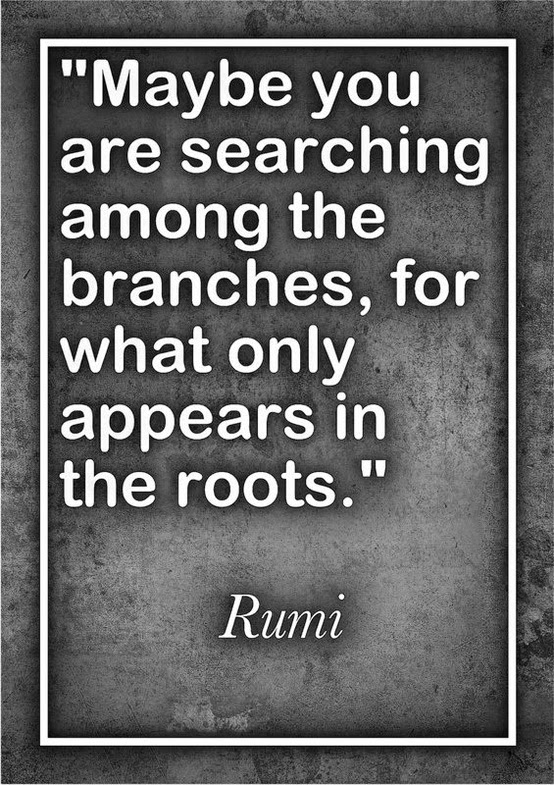 Add to the lack of knowledge a realization as an adult that laws were made especially for ADOPTEES ONLY is disempowering, shaming, and discriminatory.  The result of this emotional abuse varies, but it can lead to extremes such as suicide and mental illness.  Most adopted people do not react to closed adoption with such extreme outcomes, but I would be remiss if I did not point out that some do react that way.


However, many of the rest of us have various issues in our adult functioning that are a result of this form of emotional abuse, coupled with other issues that stem from adoptive parents who were not properly trained, educated and understanding that adopted children are not the same as biological children.

So the next time you read or hear about an adoptee searching for family and your first thought is, "Oh, can't they just be grateful for the family they have?" -- remember they are only fulfilling an emotional need that each and every other person on the planet is born with.
at April 04, 2014 8 comments: Links to this post 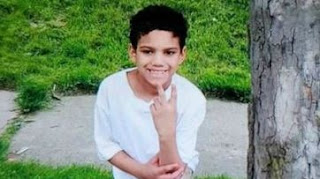