The Bad Baby Syndrome (Adoption covers the wound of Relinquishment) 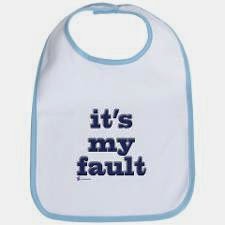 *based on the lecture of Dr. Paul Sunderland

Adoptees can easily be tipped into catastrophic thinking (due to what felt like a life-threatening wound/trauma of relinquishment):


"Everybody needs some anxiety.  But people with early psychological wounds, have anxiety in bucketfuls."


These feelings are consistent with both addicts and ADOPTEES who seek professional assistance.

All addictions are about shame and anxiety including attempts to manage anxiety. Other addictions include:

ORTHOREXIA -- an unhealthy obsession with unhealthy eating (the fixation of eating this, that or the other)
WORKAHOLISM
SPENDING MONEY (Money is just a stage for the anxiety to play itself out)
RELIGIOUSITY


We tell ourselves:  "As long as I'm busy, I don't have to feel anxious"  "I can focus my anxiety on the job I have to get done"

"Addictions becomes a place to put anxiety  and give it another meaning--
To make the inexplicable, explicable."


"Addiction is creative --  it's not just destructible.  It's an attempt to contain and a way for you to get on with other stuff."

THE BAD BABY SYNDROME -- the sense that:

"If I was given up by my mother, I don't have value"

Hypothesis:  This is an attempt by the infant to explain the unacceptable by saying "it's my fault".  Same thing you see with child sexual abuse -- 99% of sexual abuse survivors believe they are partly to blame.

Developmentally, the frontal cortex is not developed in young children. Children believe that things outside of their control is because of themselves (self-centered thinking)

The trauma of relinquishment occurs so early in a child's life (usually) that their attempts to understand it include the belief that it is their fault.  (based on Freud's teachings)

"It's not so much what happens to you in life that throws you, it's about how secure your beginnings are" 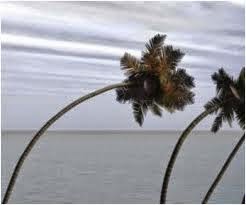 Storm analogy:  the trees that blow down are the ones who don't have strong roots

Research was done on Palestinian children in refugee camps.  Psychologists believed that these kids would be really distressed.  They weren't!! The reasons they weren't, was because they had people around them saying, "This shouldn't be happening.  We are all in this together."

How this relates to adoption:

Think about being relinquished and adopted into a family that might actually not talk about it or reassure the child of his/her feelings or reality.


IF YOU HAVE A SECURE BASE, YOU WILL BE MORE RESILIENT. Early experiences make an enormous amount of difference. Like a plant that grows up around a stone, the plant has to ADAPT.

Dr. Sunderland believes that most relinquished people will have  a co-occurring disorder of both ADDICTION and POST TRAUMATIC STRESS DISORDER.

The full video is here: