What We Gain When Adoptees Tell Their Stories 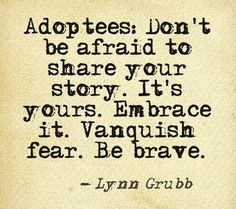 I was searching through a notebook and came across these words.  I don't remember when I jotted them down, but I decided to put them in a meme and use this meme for National Adoption Month on my Facebook page.  Lots of people reacted to it.  Many people commented underneath it as to how they were still too afraid to share they own personal stories of adoption, reunion, loss and gain.

I started to look back on my own journey of adoption and how I have progressed from good kid ("well adjusted adoptee") who rarely got in trouble, to the "outspoken, angry, adoptee" I have transformed into.

Truth is, I'm not angry today.  It's the beginning of my weekend and I woke up inspired to write. However the misconception is alive and well that adoptees who "speak out" are viewed as angry, and ungrateful for all they have been given.  When really adoptees who speak out should be viewed as brave.

And while we are on that topic, here are some other common reactions adoptees receive when they discuss their true feelings, even in "safe adoptee spaces" (and sometimes the comment hurlers are other adoptees!)

*Well, you could have ended up in a dumpster
* You could have been aborted!
* At least you got parents who loved and wanted you!
* I wish I had been adopted
* Stop focusing on the negative and focus on the positive
* Stop living in the past!
* I'm sure you had a much better life as an adoptee
* My cousin's best friend's sister's niece doesn't feel that way!
* There are worse things in life than being adopted 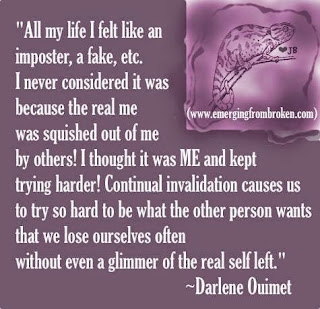 I'm sure if you are adopted, you have been told all of these things and could make a full separate list.

What do all these comments have in common?

Let me share what one of my favorite bloggers has to say on the subject.  Darlene is not adopted but she totally gets adoptees! She even has the signature chameleon on this meme.

Moral of the story:

Until we make it safe for adoptees to speak, most will just swallow their pain.


So in an effort to #flipthescript, how about we make it a goal for the future, to make space for all adoptee viewpoints, even conflicting ones?  Why not bite on our tongues for a few minutes while an adoptee shares their truth with you.  How about refrain from commenting on what you have always believed to be true about adoption as an institution and listen to the person who has experienced it speaking to you?

1.  Make it Safe for Adoptees to Speak

Do you wonder why adoptees aren't rising up in the millions to confront myths, stereotypes and to speak their truths?  Well, there is a lot working against adoptees who are only human and trying to maintain a family life, a career and the day-to-day responsibilities of just living.  Add some hypersensitive adoptive parents, a Facebook message from a new relative and then November ( National Adoption Month) comes along and pushes some of us over the edge.  Why?

When we turn on our T.V.'s during November, we hear adoptive parents, professionals and pro-adoption rhetoric everywhere!  We keep wondering to ourselves when an adoptee is going to speak on T.V. that does not use the party-line. (Listening to reporters talk about adoption for me is kind of like watching Fox News and expecting to get a well-rounded view of politics). 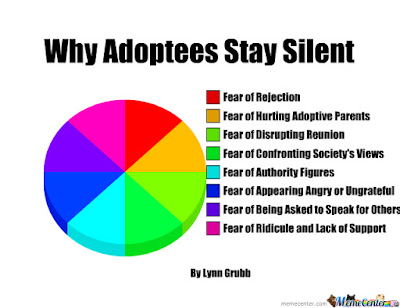 Why aren't adoptees everywhere speaking out during NAM and #flip the script?  The answer is a four letter word:   FEAR.

A better question would be, how can we support adoptees now and in the future to confront these fears in order to feel confidence in speaking out about their views on an institution and a legal process that has affected their lives?

We should be applauding those adoptees who feel the strength and resilience to stand up, be proud, speak clearly from the heart and who work toward changing faulty laws, silly stereotypes and ignorant myths about adopted people. (no, this is not me asking for a pat on the back).  What I am simply saying is, let's make it safe for adoptees to speak so we can learn how best to serve them in the future.


2. We can learn how to improve adoption as an institution, and improve training of those professionals who work in the field.

I would like to see this change.  As I state in my essay for the newly released #flipthescript anthology, "Adoptees Are The True Experts On Adoption".  We have lived it.  We understand it from a perspective that others will never understand.  Adopted people should be given an equal platform to speak during any event related to adoption -- whether that be National Adoption Month or meetings with legislatures who makes laws that affect our lives every day.

Social workers, therapists, legislatures and lawyers work for us.  How can they better serve us if they do not enter into the conversation, attempt to begin to understand adoption from our view point, and recognize that current laws are harming the institution as a whole?

Let's just say we have a LOT of work to do; however, it begins with listening to adoptees tell their stories. 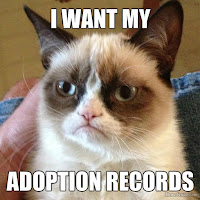 3. We can understand the inequality that adoptees face.

Let's not only appreciate the courage it takes to share honestly in an environment that is not friendly to adoptee voices who #flipthescript and in fact, shows disapproval when there is any sign of turning the party-line on it's back -- but let's try to understand ways in which adoptees are treated unequally to other citizens.

The book project that I led and edited, The Adoptee Survival Guide, would not exist if not for the reality that loss and inequality exists within adoption -- and to add insult to injury --  both are minimized constantly.

This blog would not exist if my adoption agency (via the law) was not holding my adoption records under lock and key, including, quite possibly, the name of my unknown father.   Vital Statistics, in the majority of the states in the U.S., are still withholding adoptees' original birth certificates via the law! This is the age of open adoption but most of us are still not "allowed" to know who gave birth to us?

It's really ludicrous if you think about it.  Rather than jumping to conclusions that are false, such as "birth parents were promised confidentiality" (false) or "Adoption as an institution would fall apart without secrets" (false), think about how we want the institution of adoption to be ethical and TRULY in the best interests of children.  Let's stop talking the talk and actually walk the walk.

4. Adoptee Stories Have Validity All By Themselves.

"If our voices serve only to meet the information needs of others, only others can determine if our voices have value.  In reality, when you do not have an 'adoptee lens' you cannot comprehensively and fairly appraise the value of an adoptee voice.. . .

Adoptees  I want you to know that it's okay to write just for you.  It's okay to write something that requires the lens of an adopted person to truly understand and to digest what you write has value even if it doesn't contain mental health advice, reunion insight, or parenting tips others find useful.. .

Other adoptees find your perspective useful. . . .

Adoptees, the families and friends that love us, we need an adoption where all will say that what adoptees write. . . . is adoptee writing and that's why it has value."